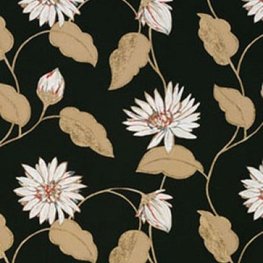 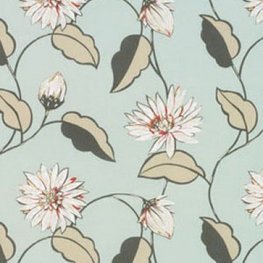 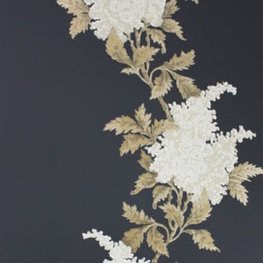 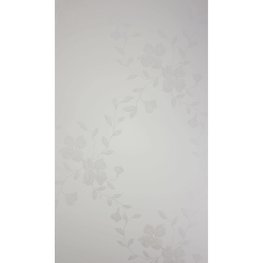 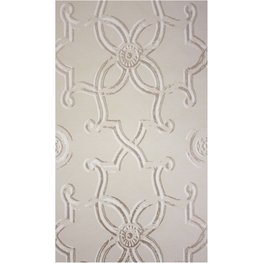 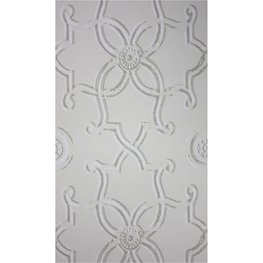 Nina Campbell Giverny wallpaper collection has been inspired by the famous garden of Claude Monet at Giverny which lies 80 km west of Paris. Monet, born in 1840, first noticed the village of Giverny when passing by in a train. He rented the house and surrounding land from 1883 until he could afford to buy it which he did in 1890 and then created the famous garden. He lived at Giverny until his death in 1926. So within this impressive collection are many floral designs such as the Aubree Wallpaper, a tree of life in gentle colourings, named after Monet's mother, a singer, whose maiden name was Louise-Justine Aubrée. Consider the stunning tulip damask paper, whose name is inspired by a native American word meaning 'beautiful water', named the Alyssa wallcovering. Another classic floral design, the Giverny wallpaper, presents water lilies in a leafy trail is included, while Lomasi show stems of lilac that form a vertical trail. Ornella takes a break from the floral theme with a geometric theme based on an interlocking pattern evocative of moulded ceiling plasterwork.